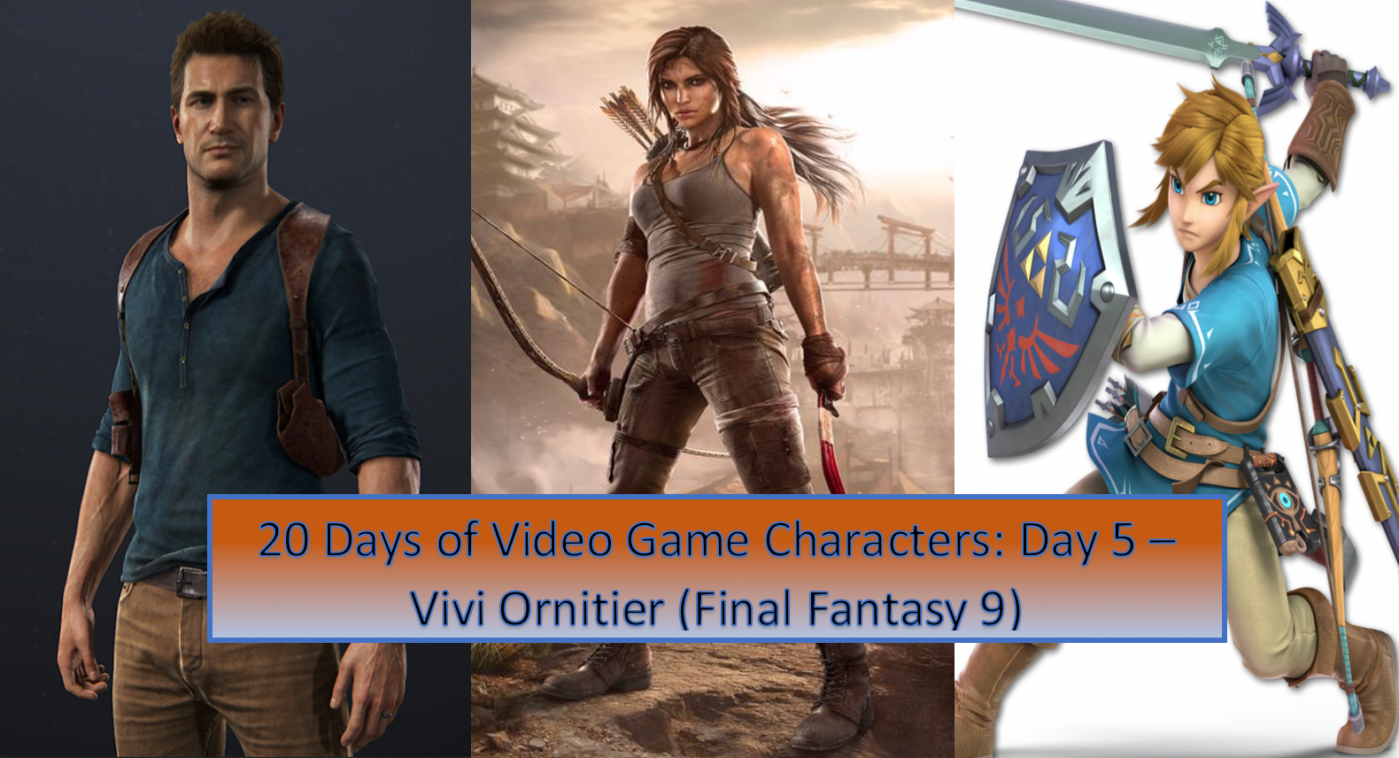 It was inevitable that a Final Fantasy character was going to make this list. They are some of my favourite games of all time, and have such a memorable cast of characters to choose from. Final Fantasy 9 is one of the best in the series for me, (read my ‘Favourite Final Fantasy games‘ post) it had incredible medieval style music, a classic setting and an engaging story with plenty of emotional moments. But for me, the best character of the game was easily Vivi, the adorable black mage who has to deal with an existential crisis that forces him to question his own place and worth in the world.

We first meet Vivi very early on as he tries to get tickets to see a show happening up at the castle. He gets swindled and pushed around by some strange and annoying rat creature, and soon finds himself caught up in the problems of Zidane, Princess Garland & Co. At first, Vivi is quite a shy and anxious little thing, who becomes friends with the other members of the group. One aspect I love is that Steiner, a knight who’s goal is to bring Garnet back home after being ‘kidnapped’, calls Vivi ‘Master Vivi’ and greatly praises his magical abilities. It’s a sweet dynamic that highlights not just Vivi’s importance in the group, but shows Steiner in a much more positive light.

Being a black mage, Vivi is a crucial member in your party and stayed as part of my main group for a large portion of the game. His magical abilities became necessary for a number of fights and boss battles, where elemental vulnerability was a trait the enemy had. While I may have swapped him out in later situations for Eiko, (summoner) I would still regularly bring him out. His Trance command ‘double black’ allows him to cast two spells in succession, which can be extremely useful in certain battles.

I mentioned he has an existential crisis at some point in the game. Without spoiling for those that have yet to play it, he discovers other similar Black Mages and the reality behind this, including some pretty serious implications. This obviously deals a blow to him, and watching him struggle with what he knows at first is difficult to watch. However, with the support of his friends and certain discoveries later on, he soon comes to terms with his predicament. Finding the courage and strength to continue on and make the most out of his position, deciding to help his allies and the other black mages along the way. Everything about him is brilliant, and many other Final Fantasy fans also love the little mage.

Thanks for reading and I hope you enjoyed it, if you did give it a like and perhaps consider subscribing to the blog. Let me know in the comments below what you think of Vivi and one of your favourite Final Fantasy characters are, I’d love to know. For all things gaming, stay tuned to Honest Gamer.