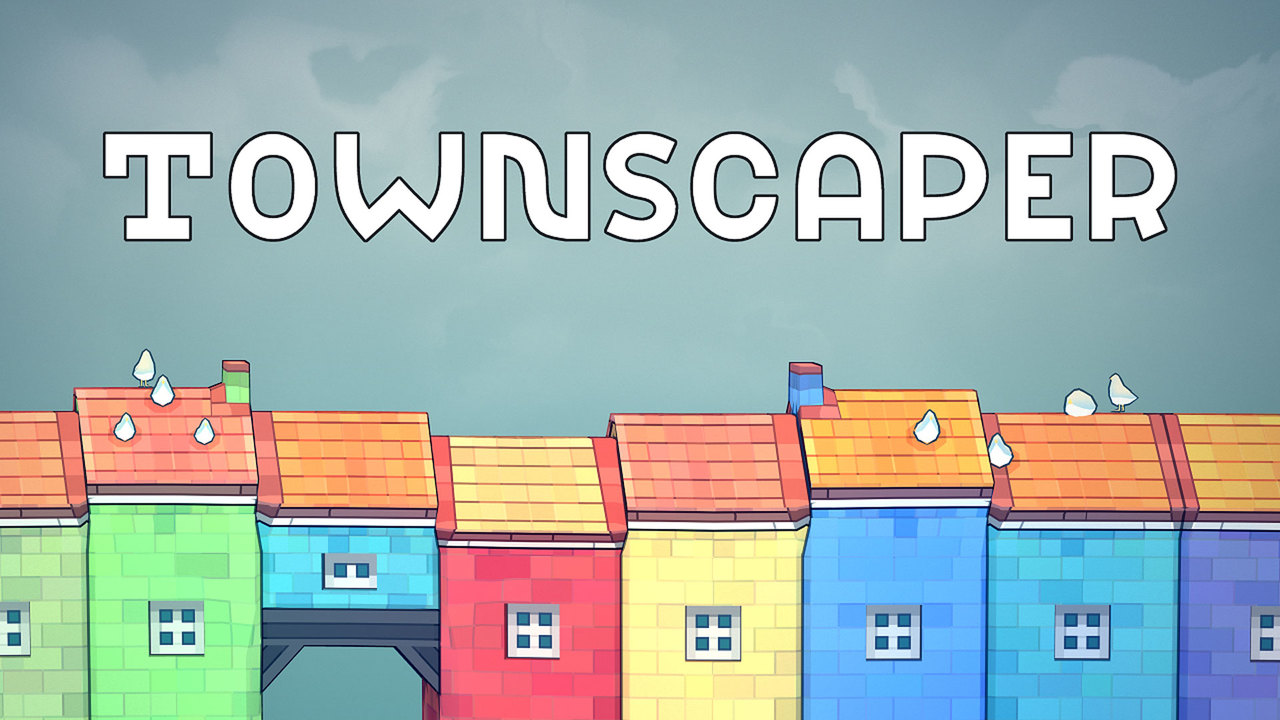 There was a brief moment roughly an hour into playing Townscaper, where I got completely lost in the mellow facets of its design. There’s always been something beguiling and engaging about building up your own little town in a game. Taking it from quite literally nothing and then turning this into a thriving locale. Townscaper strips away the complex mechanics of its simulation counterparts, opting instead for a streamlined city-building experience.

Upon loading up the game, you’re dropped straight into it, where the world is your oyster. You see, Townscaper is set on a procedurally generated grid. This grid isn’t a basic one, but filled with uneven lines and odd shapes. This feeds directly into the building mechanics and is crucial to providing some variation in design. Accompanying this are very simple controls that offer more flexibility than you might think.

Playing this game is extremely straightforward. You press a button to add a block, you press another to take one away…that’s it. You might think that seems far too basic, but the truth is, the game is designed in a way to make everything incredibly seamless. What form the block takes is dependent on where you place it and the surrounding blocks. Placing one on water makes a platform, one on a platform will make a house. The way in which every block automatically responds and fits together with those around it is what makes the experience so satisfying.

For example, if you place blocks in an L-shape, it will make a house with a slanting roof in the gap. Similarly, you can easily make a large manor by building up blocks together. The way the blocks instantly adapt to the surrounding blocks and any changes makes for a pretty intuitive system. The uneven grid also adds an extra boost to variation in layout and house designs. There are things to build aside from simple houses, such as gardens. However, the game doesn’t really tell you this, leaving you to simply experiment with the placement.

Despite the intuitiveness of the build mechanics, it can also cause the game to feel unrewarding at times. As everything is done so automatically, you really don’t need to put much thought in when playing. While you can carefully plan out a layout for your city if you want to, mindlessly placing blocks can also lead to a comparably appealing outcome.

This isn’t helped by the glaring limitations of progression. The game simply drops you into a world for you to build in. There aren’t any objectives to tailor your experience and give you a sense of structure to your building. It would have been nice to maybe have different levels with set objectives to help teach you the mechanics properly, alongside the current ‘free-build’ mode. There’s also a lack of different building types. While there are different variations of housing designs, other than that and the odd thing like a lighthouse, there’s nothing else. Having more buildings like shops and the like would give the experience more depth.

Despite these issues, I still had a good amount of fun half planning, half randomly placing blocks in the world to see what I could create. Townscaper may be fairly basic and minimalistic in its approach, but that doesn’t prevent it from still being a relaxing break from more involved and intense games.

The visuals also add much to the appeal of the game. It utilises an extremely colourful and vibrant palette. This works really well in tandem with the aesthetic of the buildings to provide such a gorgeous presentation. I’m glad that the game lets you change the colour of buildings yourself, allowing you to add a bit of variety and customisation to the city, as well as making it look visually striking. The audio is also super satisfying. The distinct ‘pop’ sound when placing blocks never gets old.

I really don’t know what to make of Townscaper. Just being put in a virtual world and left to build small towns or vast cities is really quite fun and therapeutic. On the other hand, I feel like there’s not enough there to hold people’s attention for long. There’s mounds of potential here, especially with the clearly intuitive and adaptive build mechanics, unfortunately, the whole package feels a bit half-baked in ways.

Despite its charming exterior, the lack of depth and direction leaves Townscaper feeling more like a promising toolset than a fulfilling and captivating game. Perhaps with further updates and additions it could be something worth coming back to in the future. If you have Xbox Game Pass, it might be something to try out and experiment with yourself (it also has an easy 1000 gamerscore).

Thank you so much for reading and let me know your thoughts in the comments below!